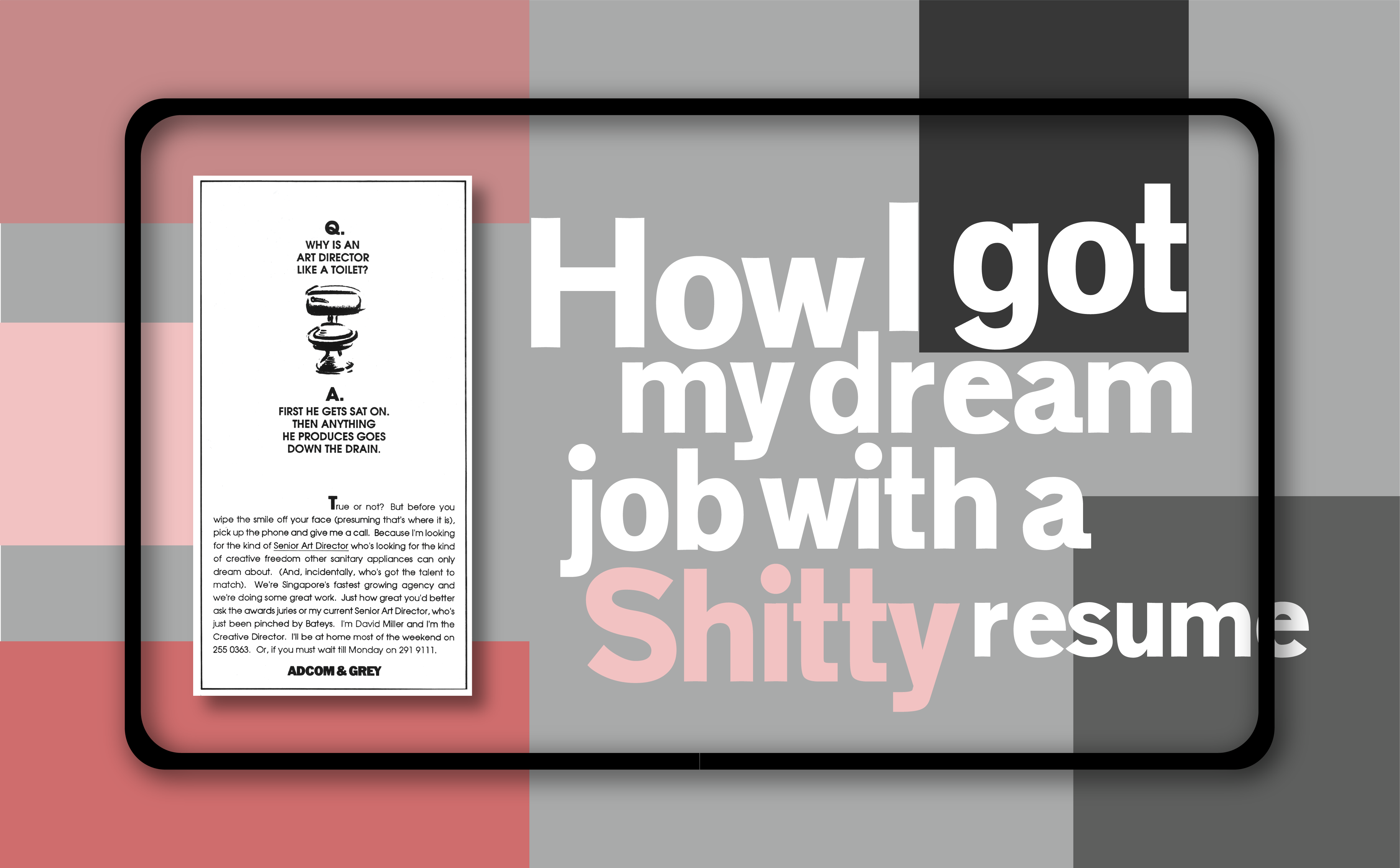 Shortly after my graduation, the advertisement for an advertising company’s recruitment caught my attention. It reads “Art directors are like toilets because their ideas are easily flushed away by customers!”

My first thought was how the other interviewees would reply, I predicted 99% of them will answer it with their resumes.

So, I made an unconventional decision on that day. Instead of mailing my resume, I delivered a box to that agency. To my amazement, I received a notification on the same day informing me that my interview has been scheduled on the following day.

My interviewer was a British named David Miller, the creative director of Adcom & Grey. He smiled at me and said, “Fortunately I saw your box before lunch, otherwise…… Ha-ha”.

Here’s what the box is about. The question “Are art directors really like toilets?” was written on the box cover. Inside the box, a model of faeces was placed on the left side, while a light bulb with my contact details was placed on the right side. The answer to the items was written underneath the cover - “It all depends on what you can come out with.”.

Not surprisingly, being the last person to respond among 57 candidates, I was the one that got hired. 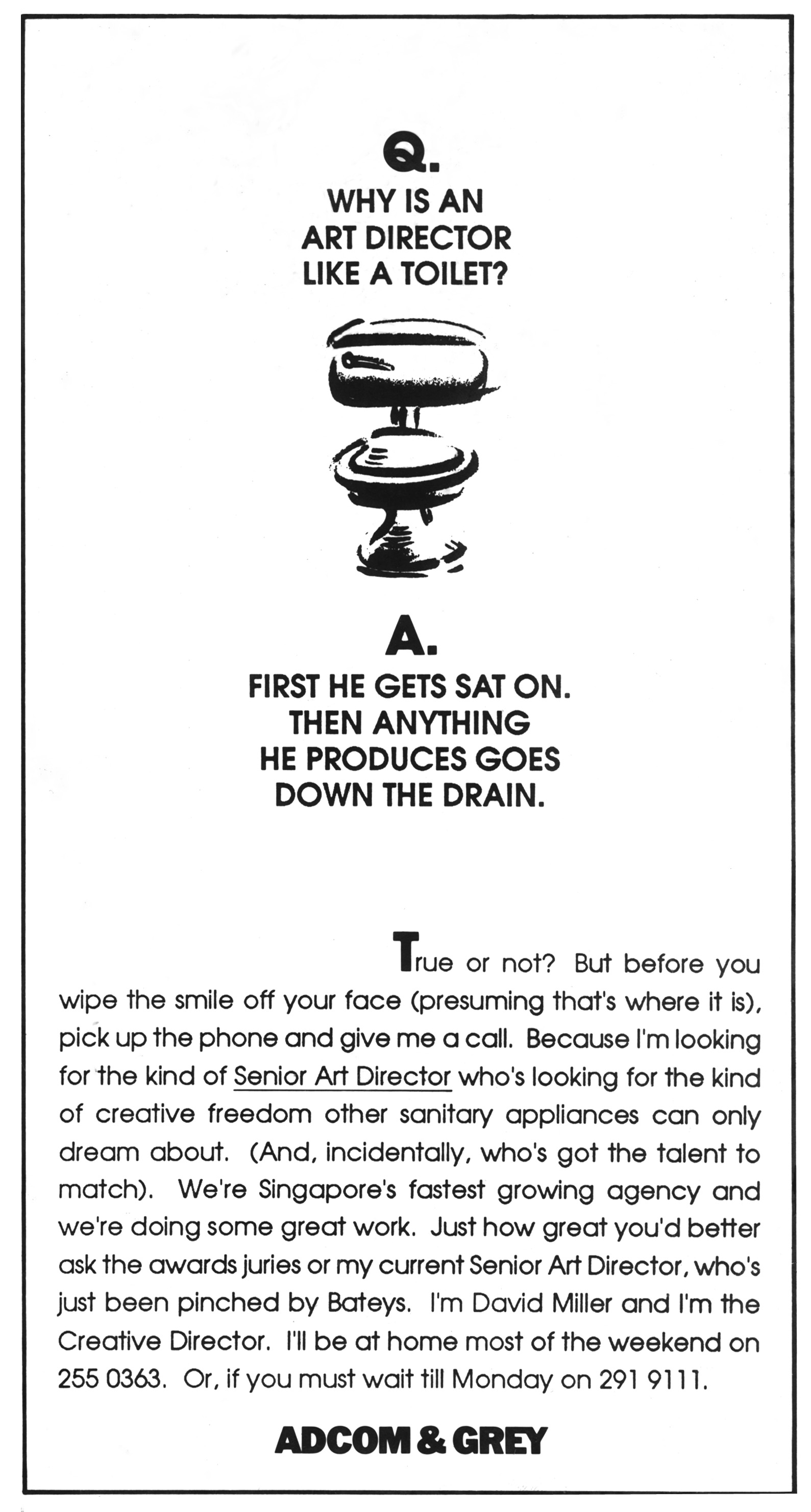 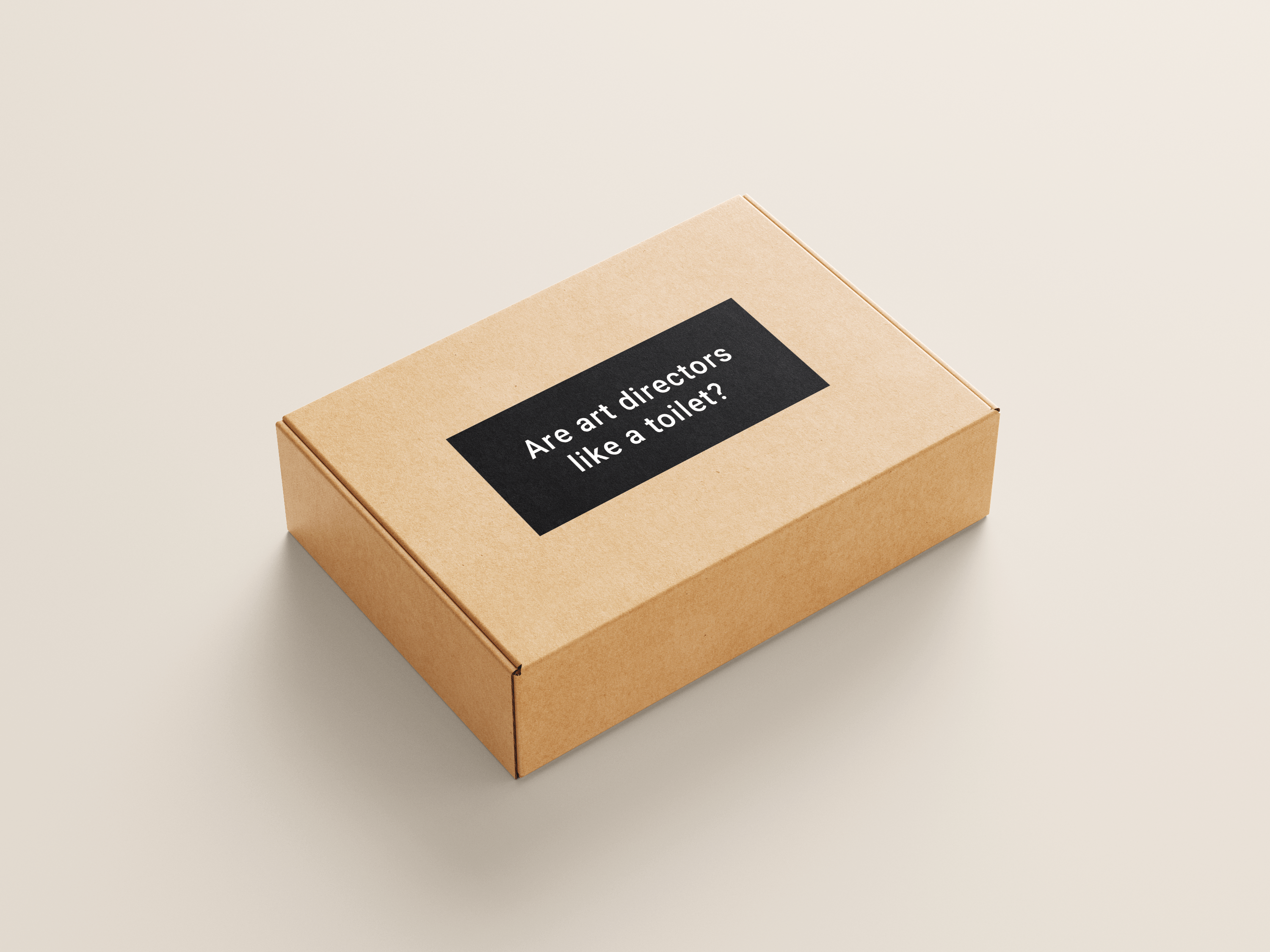 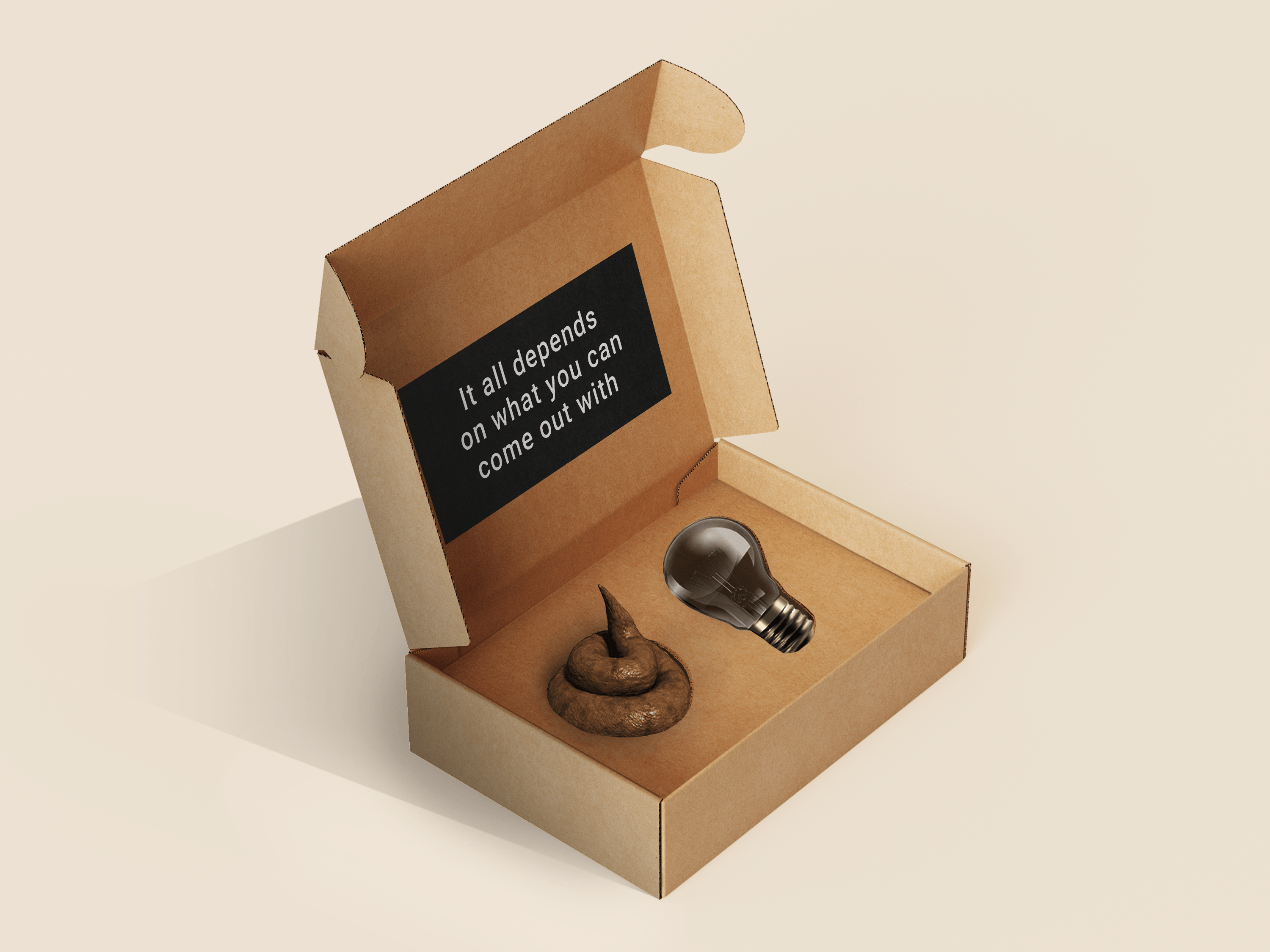