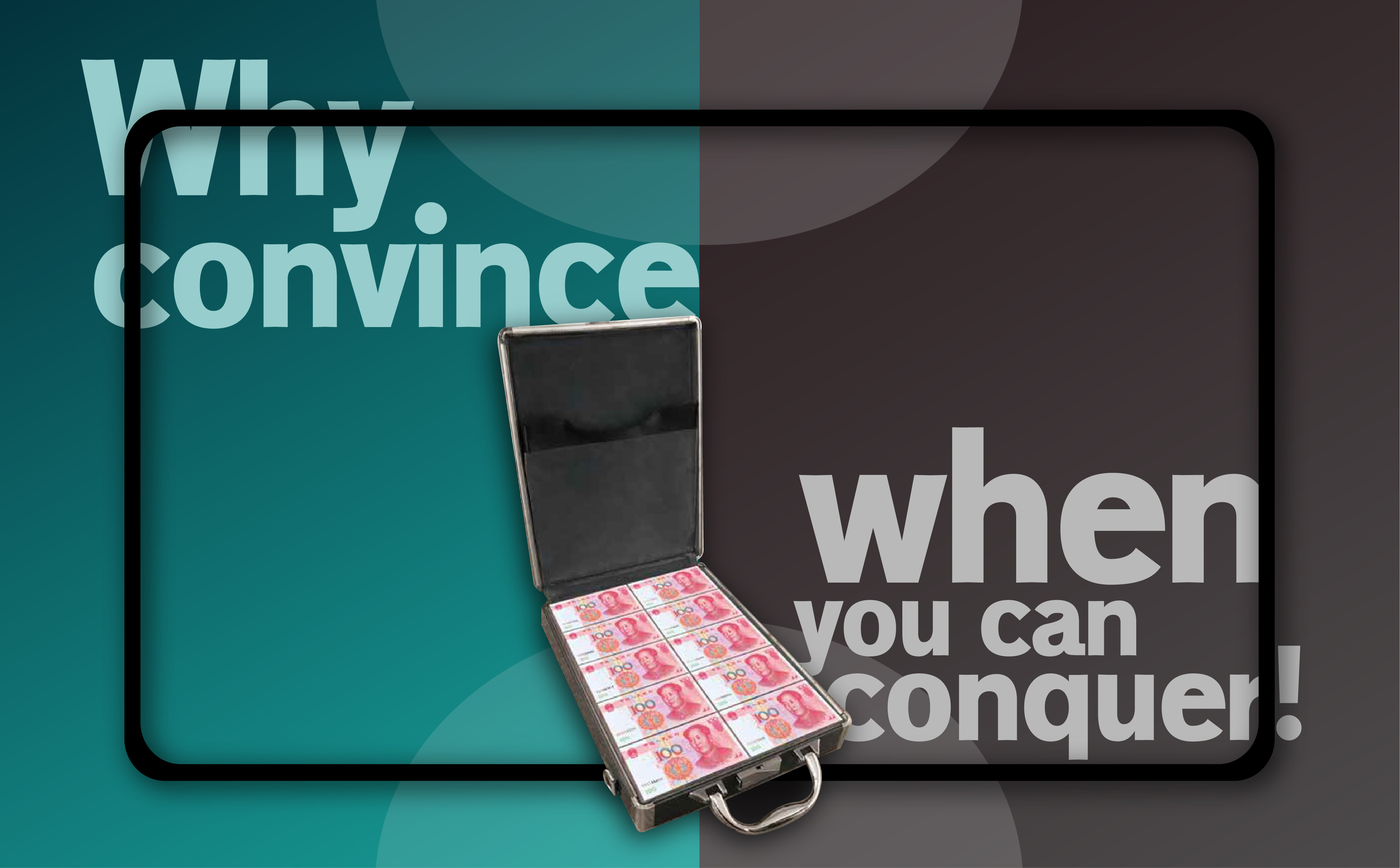 Advertising is a combination of Science and Art as it is a fusion of logic and emotions. With such complexity, there is always a curiosity as to why the clients often end up hesitating and losing their judgment. If you are unable to convince your client, then muster all your courage to conquer him!

Mr Xu from Shenzhen had engaged me to create a television advertisement for his BRC skincare products.

​I was aware of Mr Xu’s habit based on our previous work collaborations. He will always raise doubts on issues we have already agreed on and continuously harp on these items. This was the reason that caused our earlier collaborations to be delayed for three months. I was determined not to let this happen again.

​So I took the initiative to fly to Shenzhen and held a full-day discussion with him over the next 3 days. This method not only vastly increase efficiency but also exerts some pressure and responsibilities on both parties.​

On the third day, we were already in the final stages of our discussion. Mr Xu started casting doubts on the advertising tagline which was agreed upon previously. He was concerned about the level of interpretation the consumers may have.​

Based on my past year experiences, I am very confident with the effectiveness of this tagline. I had fully prepared and waiting for this moment to arrive. As he was throwing the question, I slowly pulled out a brief case under my desk and pointed to the money in my briefcase and said “Let’s hit the streets now and randomly select ten persons to participate in an impromptu survey. If more than half the participants interpreted the tagline that deviates from its original meaning which I presented, these one hundred thousand dollars is all yours. On the other hand, you only need to pay me back half if their interpretation is accurate!”

Mr Xu’s expression froze momentarily for a few seconds before he said smilingly “I trust your professional judgment. Let’s stick with using this tagline!”

​The project was completed within the next 3 days. My assistant approached me and asked if I ever thought of losing the bet. ​

I replied smilingly “An indecisive man needs the courage to decide, not the rational.”